The former farm estate originated from a 1723 land grant. In 1852, Frederick A. Tschiffely, a prominent pharmaceutical business owner from Washington, D.C., purchased the land, known at the time as the Wheatlands. After his death in 1892, his son, Frederick Tschiffley, Jr., began construction of the impressive brick mansion and other buildings, many still standing and in use today.

In 1942, Otis Beall Kent, a wealthy tax lawyer and eccentric bachelor, purchased the Wheatlands from the Tschiffely family. Kent renamed the estate Kentlands Farm, and immediately embarked on a major construction project to create a “gentleman’s estate and private wildlife sanctuary.” Mr. Kent built gardens, lanes, hedgerows, and a chain of dams, ponds, and lakes as a habitat for wildlife, birds and game. He converted an existing brick stable into a working firehouse to protect his holdings and the surrounding area. 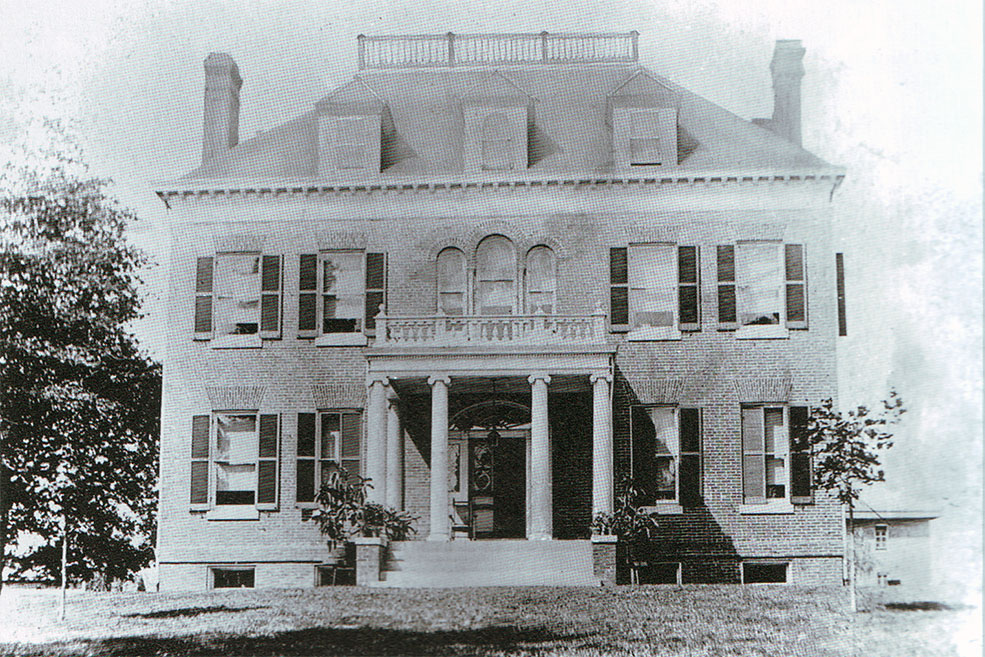 At its peak, Kentlands Farm was approximately 1,100 acres and included the mansion, brick barn, garage and workshop, a private firehouse with a small attached greenhouse, a guest house, a gatehouse, a private gasworks, three huge silos, a stone hothouse for plant cultivation, a crypt (never used), a springhouse, a small poultry and peacock house, and a number of ancillary buildings.

Mr. Kent bequeathed his Kentlands Farm to his adopted daughter, Helene Danger Kent. In 1988, Ms. Kent sold the property to Joseph Alfandre, Jr. and the Great Seneca Limited Partnership, a division of Joseph Alfandre & Co. Alfandre hired the land-use planners Andres Duany and Elizabeth Plater-Zyberk, known for their work in neotraditional design, and a vision for the Kentlands, a New Urbanist community, began.

Aside from the many public and private functions that occur in this charming mansion, the home still contains many historic treasures that draw thousands of visitors annually. The grand foyer features a wide front door crowned with a “Federal Fan Light,” a feature of many homes constructed in the late 1800s and early 1900s. The large chandelier is an antique from the Maryland State House and features many patriotic symbols within its design. When the state of Maryland restored the old State House, several of the original chandeliers were given to different cities to use in public buildings. If you stand under the light you can see thirteen stars for the original thirteen colonies.