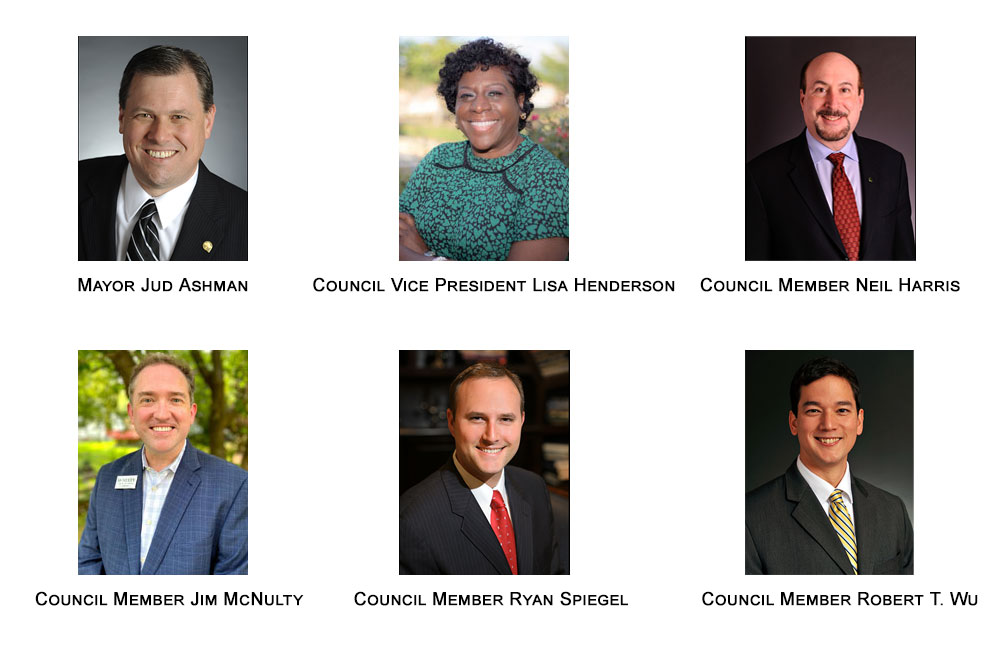 Gaithersburg operates under the council-manager form of municipal government, with the City Manager being appointed by the City Council. The Mayor and City Council encompass the chief legislative body for Gaithersburg. In addition to approving the annual budget and setting the tax rate, the elected officials also focus on strategic planning, community growth, economic development, land use development, and capital improvements.

There are formal Council Sessions the first and third Monday of each month, during which the Mayor and City Council discuss issues and approve legislation. On the off Mondays there are Work Sessions where the elected officials discuss relevant City business. This is a time of research, problem-solving and informal decision-making. Agendas and minutes of past meetings are available online. Council meetings and work sessions are televised live and may be viewed online or on the City’s cable TV channel. Archived meetings may also be viewed online.

Occasional Council in the Communities meetings foster two-way communication and allow citizens to discuss issues and concerns specific to their neighborhoods. Conversely, City officials and staff use the meetings to gather feedback on specific capital improvement projects and to poll citizens on relevant topics impacting Gaithersburg.