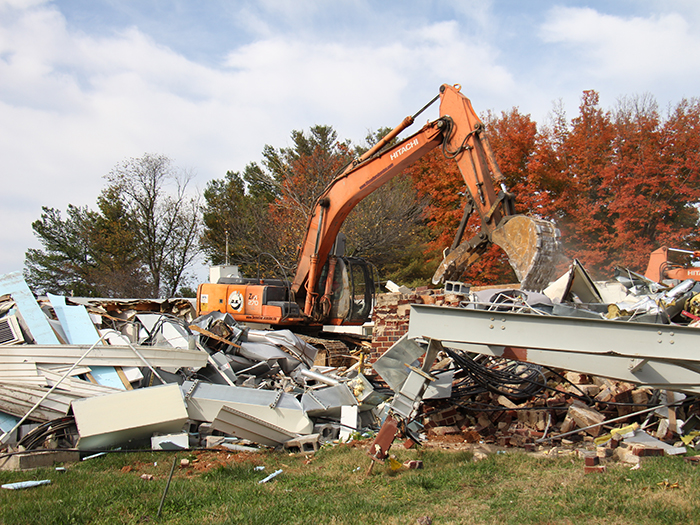 In January of 2014, the City of Gaithersburg and the U.S. Department of the Interior National Park Service executed a Quick Claim Deed allowing the City to take possession of the 9.54 acre former Consumer Product Safety Commission (CPSC)/NIKE campus. The property, located along Rt. 28 just west of Muddy Branch Road, was used as an associated support facility for the U.S. Army NIKE missile system from 1955 to 1975, and served as a testing site for the Consumer Product Safety Commission from 1975 to 2012.

Nine structures remained on the site when the City took possession of the property. Only one was deemed to be potentially usable. The others were in poor condition, many with mold and leak issues. Demolition was done in the fall of 2015. One warehouse building was preserved. See Memos in the Related Documents box on this page for details.

In June of 2015 the Mayor & City Council appointed an ad hoc advisory committee to review the property and make recommendations for its use. Check this project page for periodic updates as plans progress for this new public space. 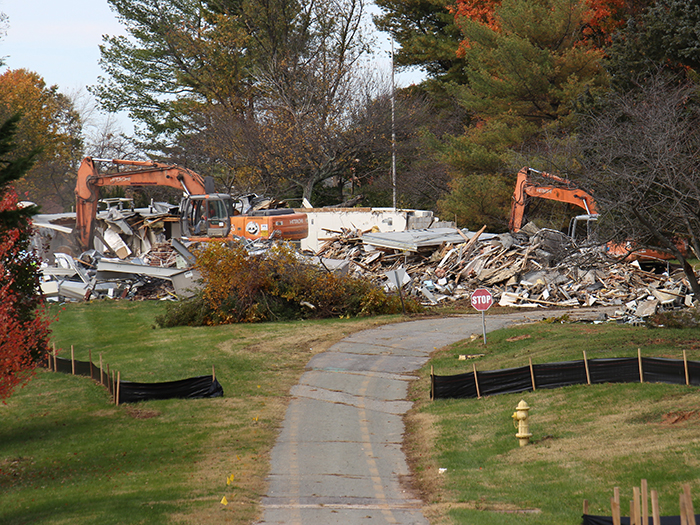 The Planning Ad Hoc Committee for the Former CPSC Site met from January through April, 2016. Site tours wee planned during the process in preparation for a presentation of concept plans to the Mayor & City Council. The following is a list of meetings that have taken place along with links to the associated materials for each meeting.

The Ad Hoc Committee made a presentation to the Mayor & City Council on August 1, 2016. The consensus of the Mayor & City Council was to move forward with this preferred option. They also provided comment on the preferred design: staff should continue to look at the connectivity issue, consideration should be given to looking at the location of the activity zone and its proposed uses; staff should look at the potential for solar on the existing building or proposed shelters; and  the community garden should be appropriately sized. Several members of the public expressed concern regarding the connectivity locations.

The next steps in the development process are to move forward with the final design of the project and bring back the finalized design to the Mayor & City Council for their consideration. It will take approximately a year to complete the final design for the project. The Ad Hoc Committee will be consulted as the design process proceeds. Staff would like to thank the Ad Hoc Committee for their time, efforts, and ideas.

The Mayor & City Council will hear a presentation from the Ad Hoc Committee on August 1, 2016, at City Hall, 31 S. Summit, at 7:30 p.m. The Ad Hoc Committee will be presenting their recommendations regarding the park design. You may provide comments during the Mayor & City Council Meeting under the public comment section. You can also provide comments in writing to Dennis Enslinger, Deputy City Manager, at Dennis.Enslinger@gaithersburgmd.gov. 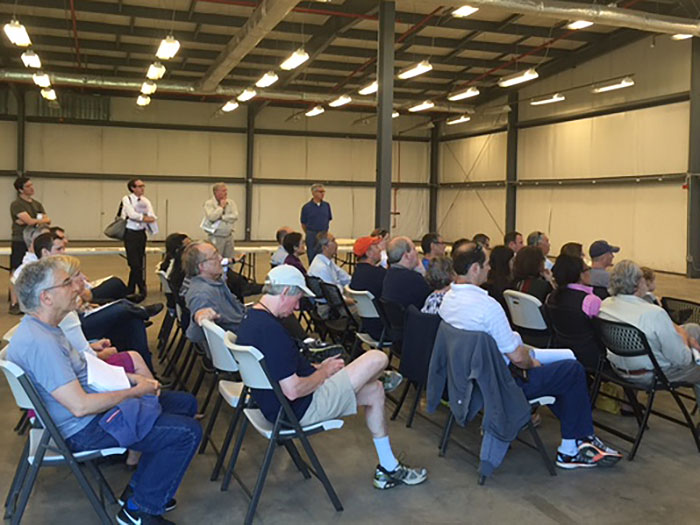 The Committee held an open house and presented to the public the initial recommendations. There were more than 50 individuals in attendance and the Committee will summarize the comments made during the public open house and incorporate them into the formal presentation to be made before the Mayor & City Council. 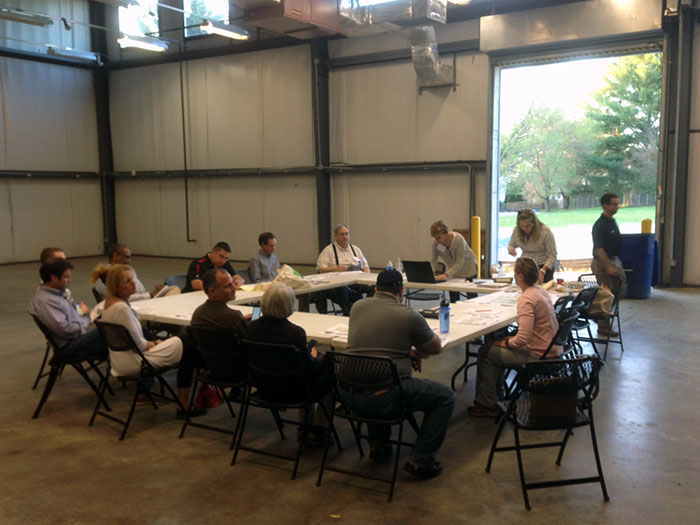 The Planning Ad Hoc Committee for the Former CPSC Site met on site at 10901 Darnestown Road. The Committee participated in a tour of the site to gain a better understanding of the draft park design. The Committee then the reviewed the latest version of the preferred Concept Plan #4 and provided some minor revisions to the overall design. The Committee also discussed if it wanted to include Concept Plan #5a in its presentation as an option to the Mayor & City Council. It was decided that Concept Option #4 would be presented as the primary design being recommended (majority-supported plan) and use Concept Plan #5a as an alternative (minority-supported plan).

The Committee also identified June 8, 2016, as an opportunity for the public to see the recommendations and the site. There will be a site tour from 6:30 to 7 p.m. with a formal presentation starting at 7 p.m. The event will take place onsite at 10901 Darnestown Road.

The Committee reviewed the revised Concept Designs #4, #5a and #5b (see below). The revised concepts were refinements of early concepts #1 - 3. Based on the feedback received at the meeting and from members who could not attend, the Consultants were asked to proceed with refinement of Concept #4. The Committee will be meeting onsite during the next meeting to confirm that Concept #4 is the preferred option. Since there was not a complete consensus on the preferred option, the Committee will also discuss if they would like to present two options to the Mayor and City Council. The Committee also decided that it would like to have an informational meeting to present the plan to the public. This meeting will be scheduled for some time in May. A copy of the meeting minutes and PowerPoint presentation can be found in the meeting materials for the April 20, 2016 meeting above. 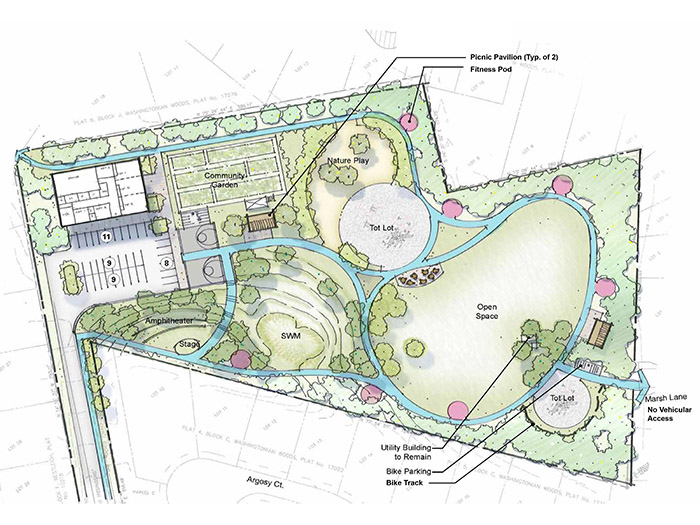 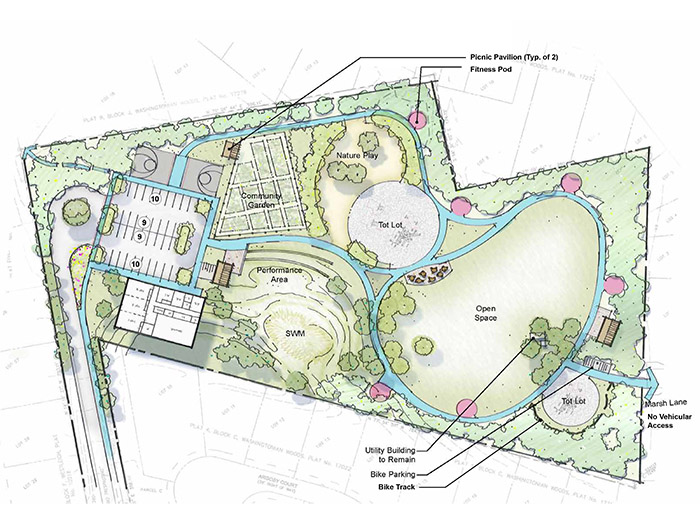 The Committee discussed the diagrams produced by the three groups at the February 17, 2016 meeting . Similarities and consistent elements were discussed, including alternatives for the warehouse. Staff provided a background on possible activities that could take place at the park if the current warehouse structure was renovated or a new structure was built. The majority of the discussion centered around the refined concepts that were presented by the Consultant. The PowerPoint presentation detailing these concepts can be found in the meeting materials for the March 16, 2016 meeting (see below). The Committee members then participated in an exercise that allowed everyone to provide the pros and cons on each of the refined concepts. Among other points, the Committee came to consensus on the following: some parking should be near the community gardens; the natural play and tot lot should be close to each other; fitness pods should be included; there should be no vehicular entrance at Marsh Lane, although keeping pedestrian access was important; and further information was needed on reuse of the existing warehouse along with possible costs for a new building. This information will be used to further refine the park concepts. 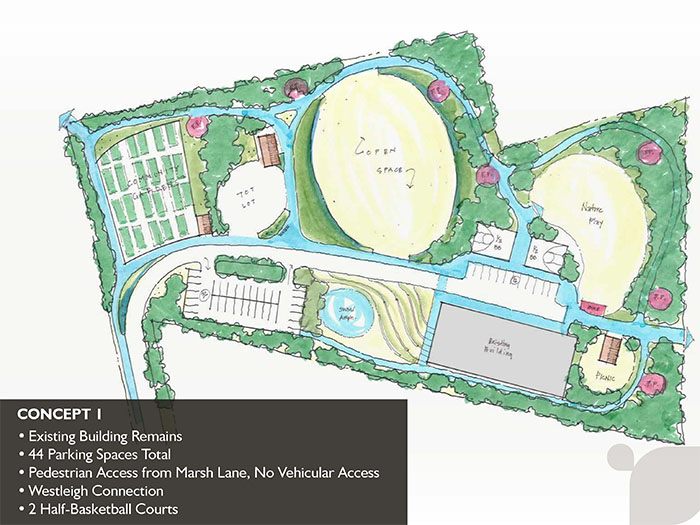 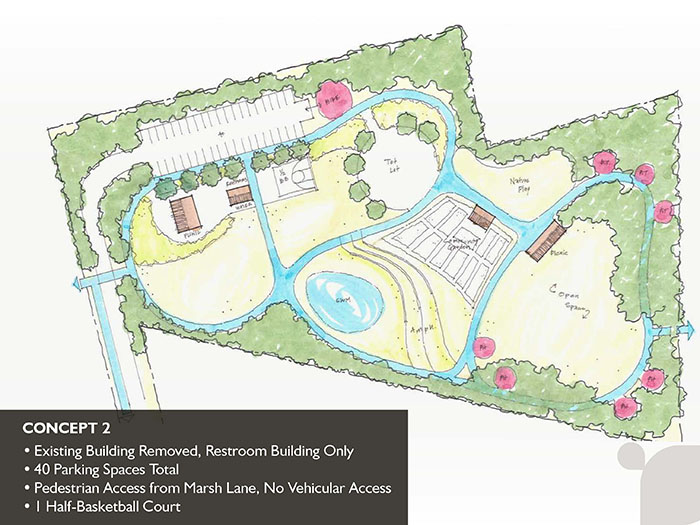 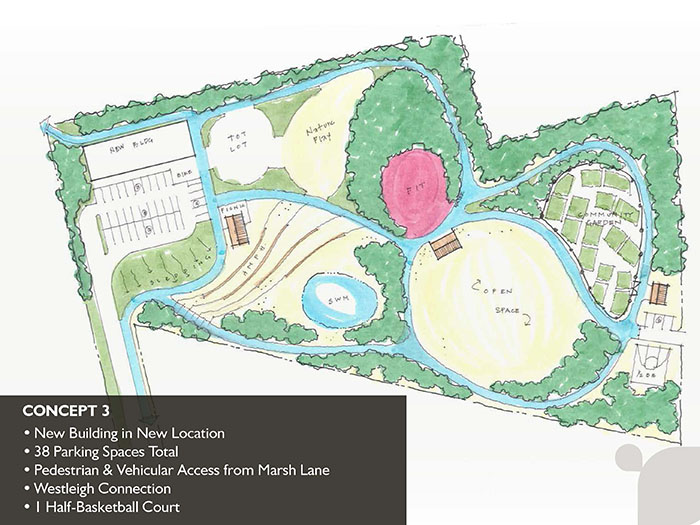 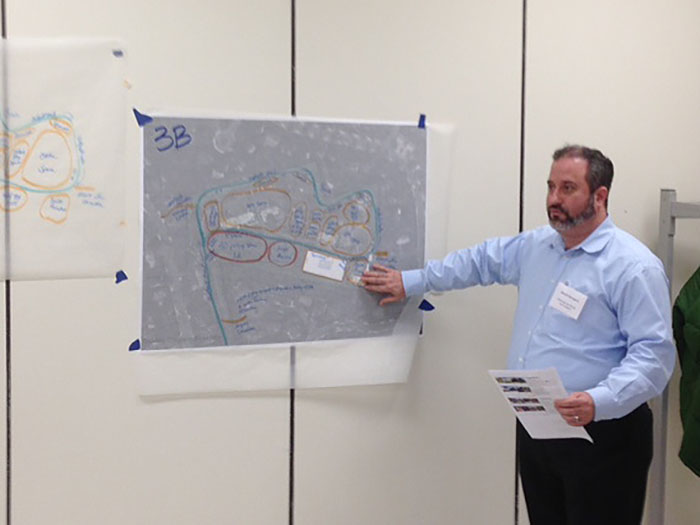 The Committee reviewed the findings of priority items established during the Dot Exercise from the February 3, 2016 meeting. The consultants also reviewed existing conditions that should be taken into consideration as part of a possible design; discussed how various park elements might relate to one-another; and reviewed Crime Prevention Through Environmental Design (CPTED) principals. The Committee’s main task was to develop concept layouts of the park using bubble diagrams. The Committee was divided into three groups and each group developed two bubble diagram park layouts. These layouts will be used by the consultants to develop three separate schematic drawings for the park layout to be presented at the March 2, 2016 meeting.

The Ad Hoc Committee discussed local and National park trends, discussed spatial relationships of typical park amenities, and participated I a “Dot” exercise. The dot exercise had committee members place dots on various park elements they would like to see or not see in the proposed park. Results from the Dot exercise can be found in the packet materials for the February 17, 2016 meeting. Those materials also include minutes form the January 20, 2016 meeting, summaries from the previous exercises, comments and suggestions for park elements form the public, and utility and topography documents of the site. 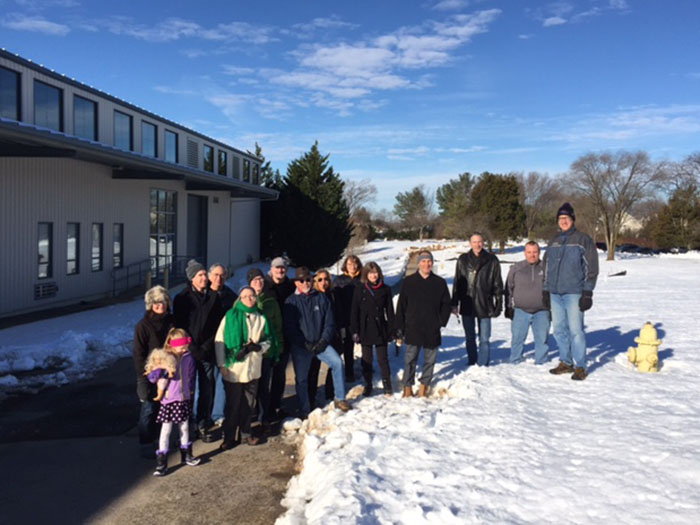 The Committee met at the former CPSC site for a tour of the grounds and the one existing structure. Because this was a site tour there were no minutes or presentation materials.

The Planning Ad Hoc Committee for the Former CPSC Site held its first meeting. The Committee was provided background information on the site and participated in an planning exercise that identified what they thought the park should be in general and how they hoped the planning process would work. The Committee also discussed possible outreach tools that could be used to gather feedback on designs.